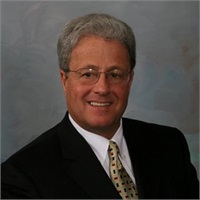 Jim entered the Financial Services Industry as a 22 year old “fresh” out of the University of Vermont in May, 1973. During the ensuing 46 years, Jim developed a practice with over 2,000 clients. He takes pride in saying, “His friends became his clients and his clients became his friends”. As such, Jim considers himself to be a “General Practitioner” with an expertise in working with closely held family businesses.

Jim earned his Chartered Life Underwriter Designation in 1978 and has been a Life and Qualifying member of the Million Dollar Round Table for 44 years.*

Over the years Jim has volunteered his time to work with the University of Vermont and Delta Psi Alumni Corporation in many capacities as well as The Sara Holbrook Community Center, The Flynn Theatre, United Way, Bishop’s Fund, Chittenden County Court Diversion Program and many more local charitable organizations.

In his free time, Jim enjoys boating on Lake Champlain with his Family, skiing, traveling and time with friends at “Camp”.

Jim has three daughters and nine grandchildren with whom he enjoys spending as much of his “down-time” with as possible.

* Membership is based on sales criteria.